Log in here to manage the Web Contents. If you are unable to access, please check your keyboard carefully and try again or go through according to the user guideline. This System is Designed, Developed and Maintained by Planning, Monitoring, Learning and Documentation Unit of ESDO 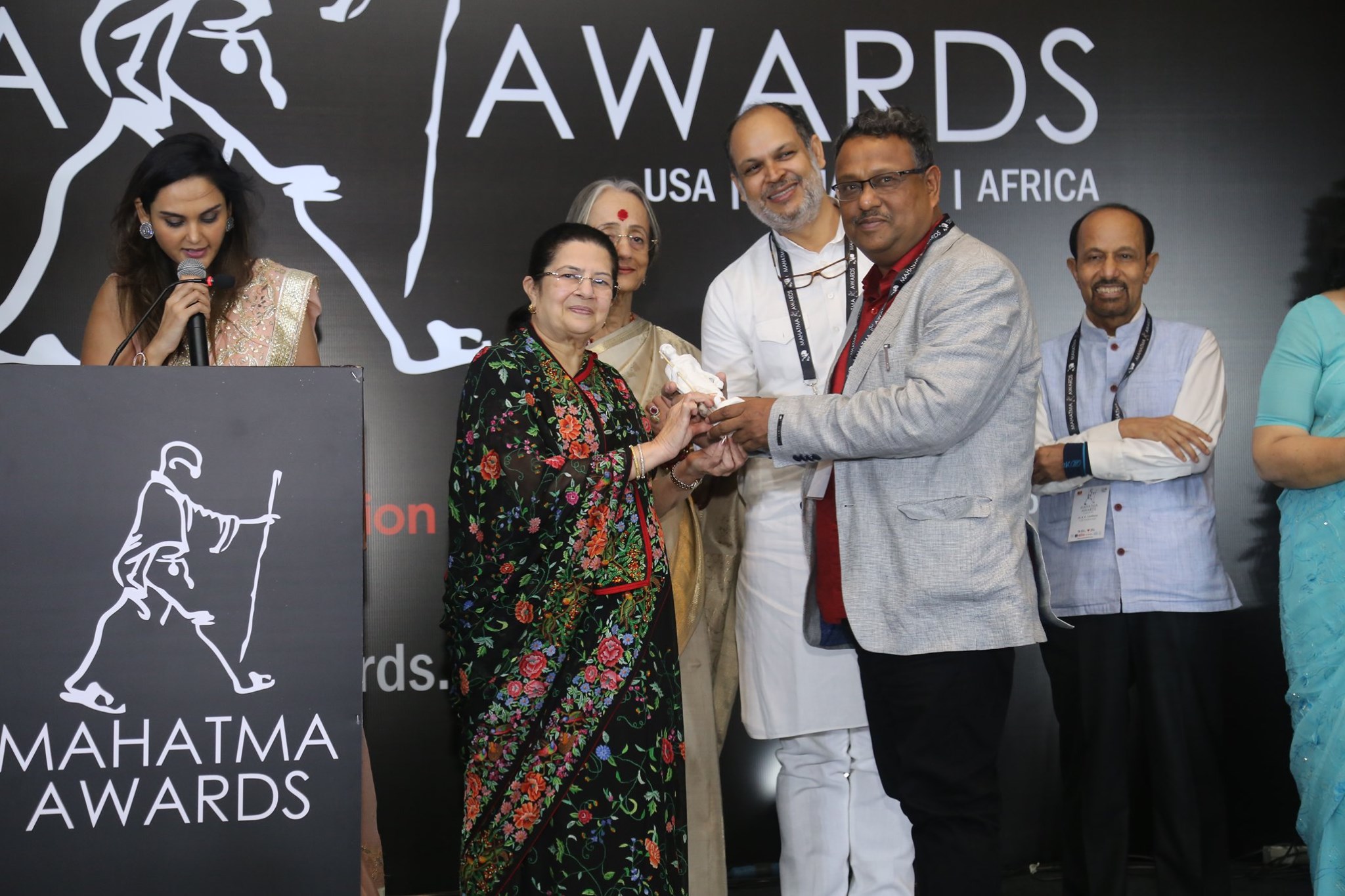 Eco-Social Development Organization (ESDO) has been conferred with the 'Mahatma Award for Social Good 2019 for Social Development’ for demonstrating excellence and the highest standards of ethical conduct, integrity, civic and social responsibility. The award was received by Dr. Md. Shahid Uz Zaman, Founder & Executive Director of ESDO & the award was presented by Padma Bhushan awardee philanthropist Rajashree Birla at Delhi, India on 1st October, 2019. The Mahatma Award recognizes the outstanding contribution of ESDO in acknowledgement of ESDO's impact-ful work “with the goal of making a lasting impact on the health of the planet and its people”. It has mentioned that, ESDO is only awardees from Bangladesh received this prestigious award. The Mahatma Awards are founded to put a spotlight on the most remarkable change-makers of our time. The Winners recognized are addressing incredibly complex and equality severe problems we face today. Their efforts span global poverty, hunger, disease, education, climate change, disaster response and preparedness, and health care accessibility. The award is named in honor of Mohandas Karamchand Gandhi fondly called Mahatma. Eco-Social Development Organization (ESDO) - a well renowned Bangladeshi NGO has already reached 8 million under privileged people of Bangladesh for reducing income and human poverty through integrated development program from 1988. Mahatma Award is presented annually to the individuals and organizations in acknowledgement of their achievements. 2019 India edition of Mahatma Award is hosted by Liveweek and co-hosted by Charitnation.